8 - The central star, and other stories 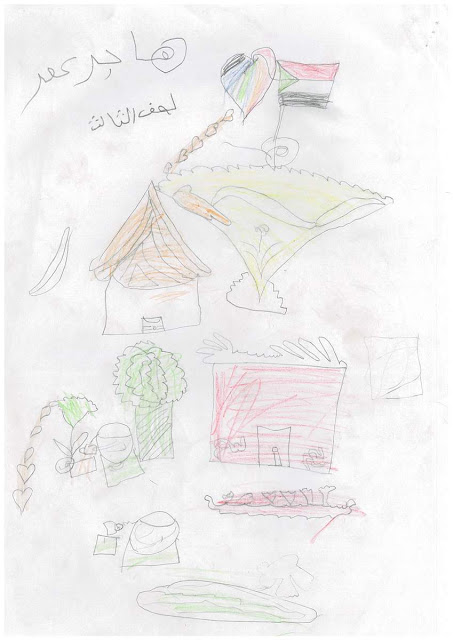 The Clown Story
Once upon a time there was a clown who lived in a small house.  One day he went for a walk on the beach.  He saw that there was an old hut.  He didn’t know what to do so he discovered what was there.  When he got to the front door there was a sign that had a face on it.  It screamed out “Do not come in.”  The clown didn’t listen so he opened the door and there was treasure.  He walked back home and he lived happily ever after. 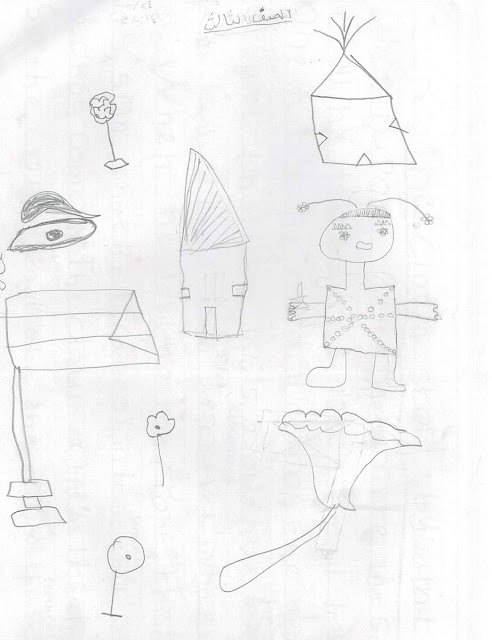 One day a little girl was going home from school while her Mum was looking at a fern tree.  It was her Mum’s favourite tree in the whole world.  She wouldn’t let anyone displant it.  She would watch it whenever she was bored.  Whenever it was misty she would go close where she could see it.  She just loved it.  One day the girl asked her “ Why do you love it so much?”  “I love it so much because of the shape.” 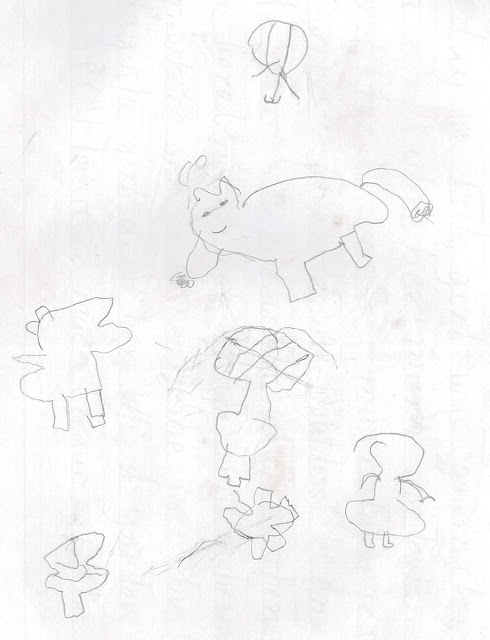 The most fierce pirate!
Once upon a time there was a ship that had huge cannons and fierce pirates.  One day a giant piranha was heading for them.  “Get the cannons said a crew member.”  “Okay”, said another crew member.  But it didn’t work.  Then one of the best pirates got a rope and strangled the piranha.  “Yay, we now have a feast!”  Then they had a beautiful night having fried fish. 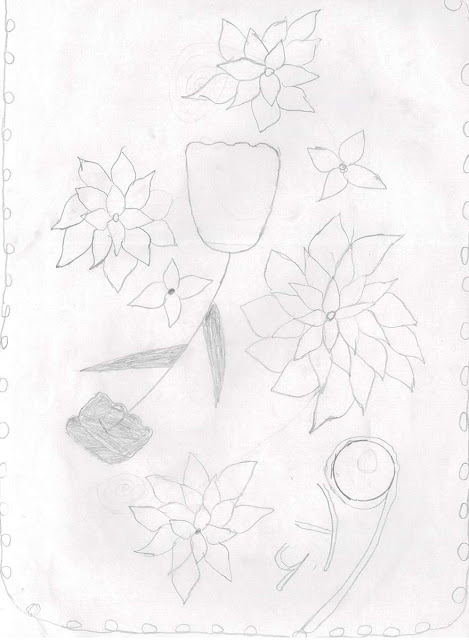 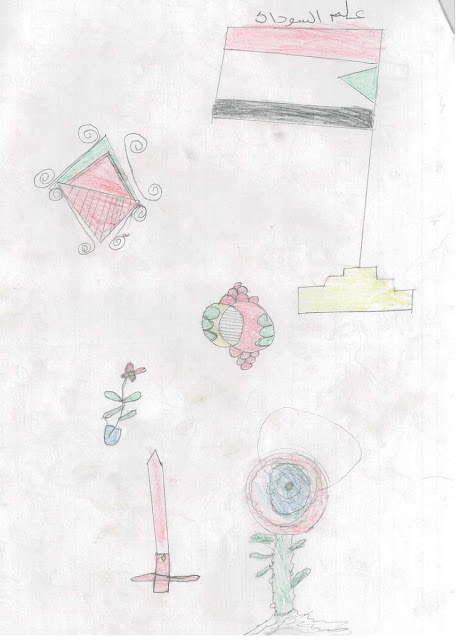 I can see a flower, some roses and beautiful leaves.  They are growing in a garden or maybe a garden oh so far away, or a forest.  Oh beautiful, beautiful flowers growing everywhere. 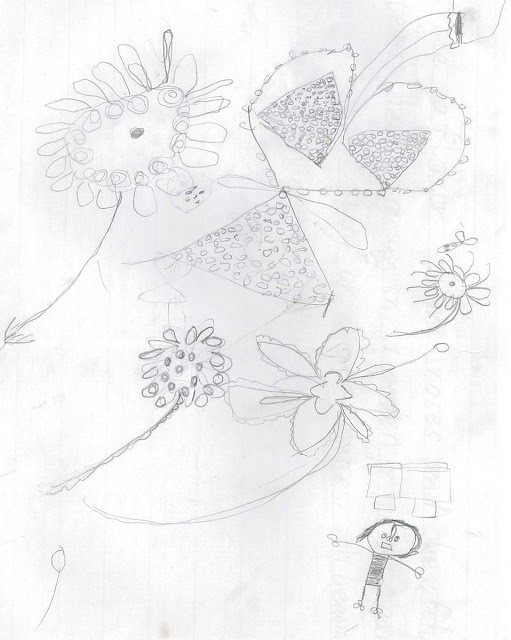 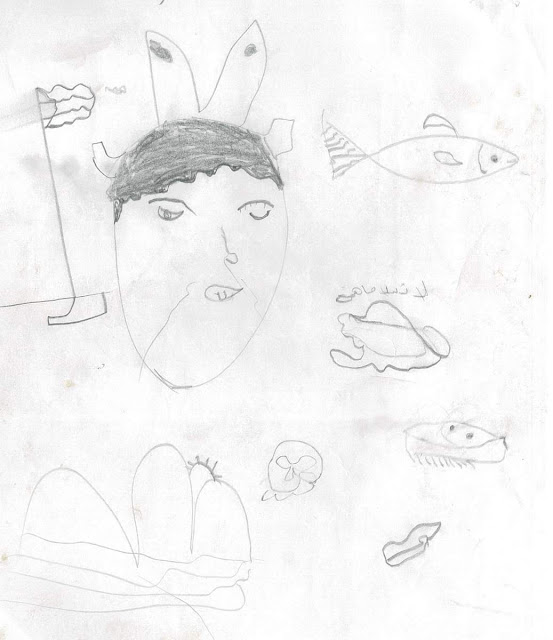 This looks good
I see a fish in the sea and a flag.
I see a big face with a hat.
I see really good mountains.
Did the fish follow the face?  Did they go to the Spikey Mountain?
Don’t they have fun sometimes?  Then they went to the flag.  The face said I’m hungry.  The fish went as fast as he can then the fish swam under the rock, then the face went away. 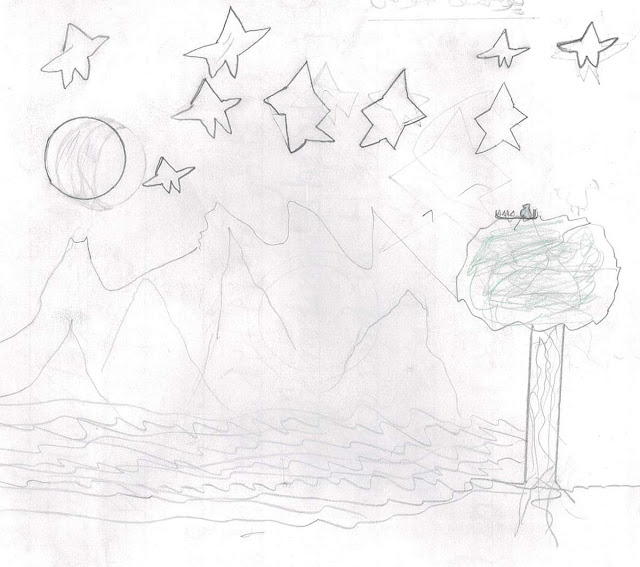 Once upon a time 4 arrows made the central star.  500 years later 16 tiny African villagers decided they should go there.  They met their master, “Master Wong” in the middle of the plains.  “What are you doing here?” asked John and Garth together.  “I’m collecting food for Qertiville”, said Master Wong proudly.  “C’mon” said Leo, so with a swish of their wands they were gone.  “Hope you make it” Wong shouted hopefully at the top of his lungs.  Later on they had reached Gishj Moo (another galaxy).   They landed on the planet Postuioo.  “What is the place?” asked Ruby.  “I don’t know but there’s the central star”. Everybody gasped. 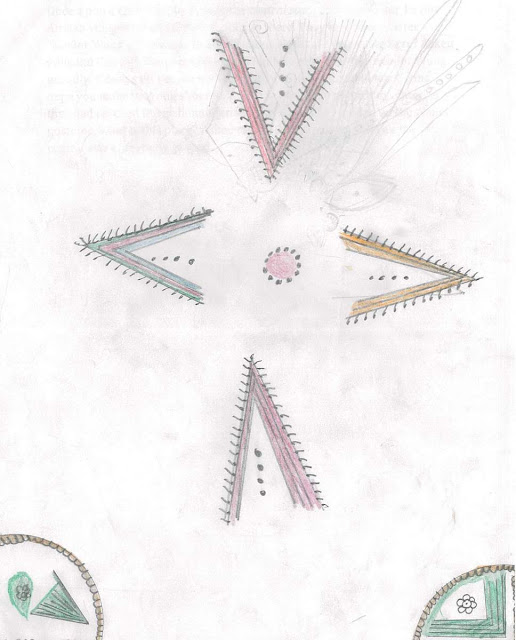 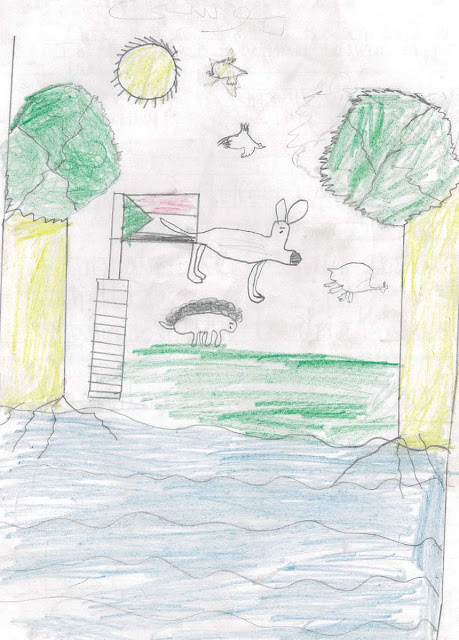 Prince and Princess
I like my pink castle.
Nine pretty rooms.
Kick the castle and it won’t break.
Castles shine but mine’s the best.
Elastic shines around my dress.
Stars are everywhere.
Take a look and you will love it.
Lighter, lighter.
Everybody admires me. 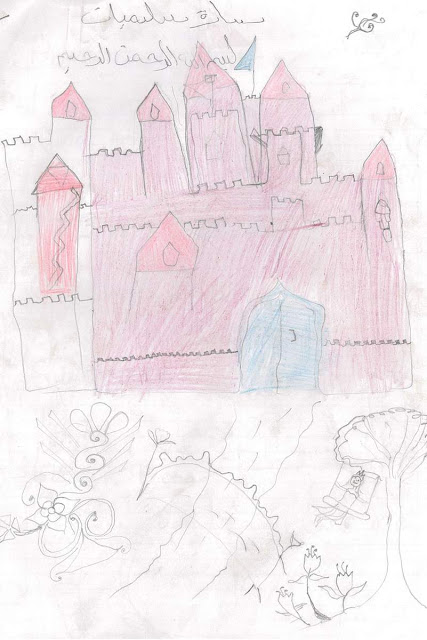 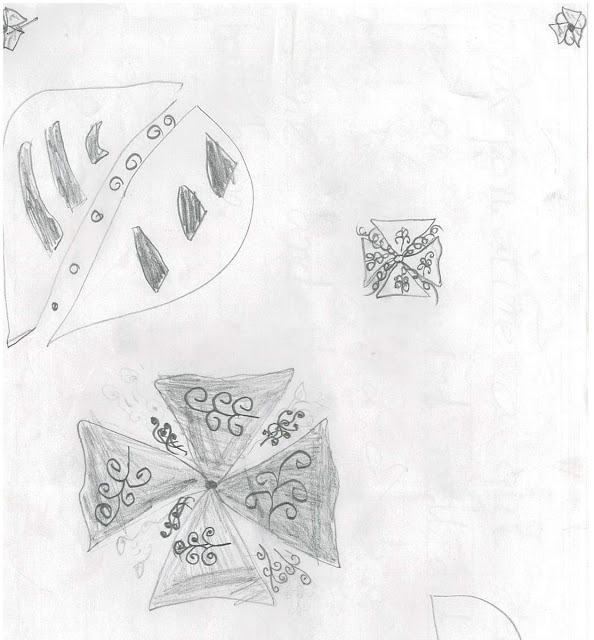