3 - Two boys and a mountain, and other stories

I can see lots of flowers.
I can taste some strawberries.
I can feel spikes.
I can hear beautiful music.
I can smell nice roses. 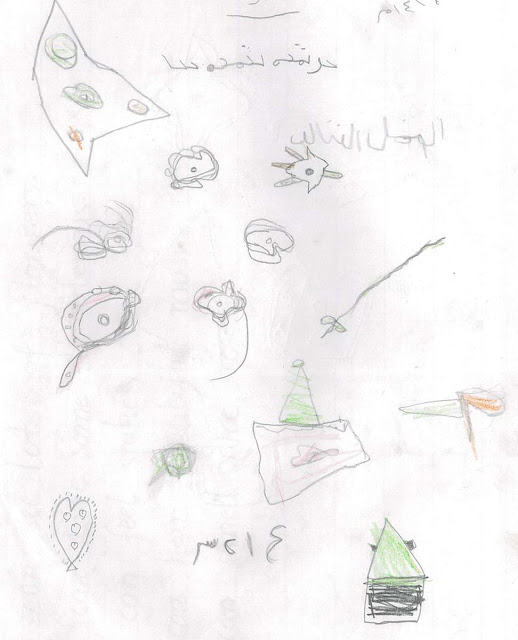 Here is the most magical place you’ll ever see, filled with plants, flowers and trees!
And down the path and under the trees, is a lovely fairy party.

But the most magic you’ll ever see is underneath the willow tree.
Under that tree is something you’ll never believe …. Is as secret as a whisper and as fast as a blink … is a baby Pegasus. 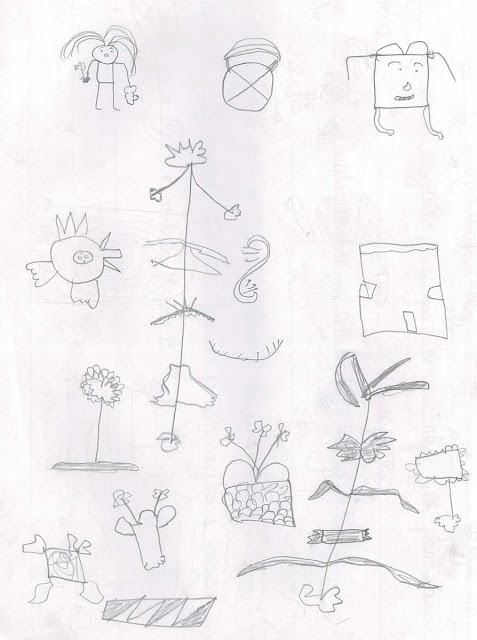 One day a princess had a very smelly perfume that smelt like a rock with moss and a broken egg over it.  After a long time she walked for a couple of hours.  She came to a stop and saw a humungous church.  She went inside and heard thousands of angry voices.  She didn’t want to go inside.  Then she heard werewolves because it was night.  So then she went inside and saw thousands of people inside.  There was a bar in there at the end of the church and she tasted the bitter air.  Then she saw a sign that was a strange symbol and she went to check it out.  When she touched it, it took her outside to where the werewolves were.  It was also raining.  When the people came out of the church they ran after the princess.  There was a big bang and the people were running toward the princess.  She used her KUNG-FU to take them down (that big bang was lightening that hit her and then she got her KUNG-FU).  She beat all the people and walked away from them and went to Angus C’s bar and got a drink.  She went to her friend’s house and told her the whole story. Then she went to her own house and told her Mum the whole story.  Then she went to school the next day and felt a bit weird.  She got into a fight at school and won because of her KUNG-FU power remember.  She went to the sick bay because she felt sick and then her KUNG-FU power went and she was a happy human earthling because she didn’t get into and fights because they were scared.  She didn’t feel sick and when it was home time she felt tired so she went to bed.
(p.s. nice drawings) 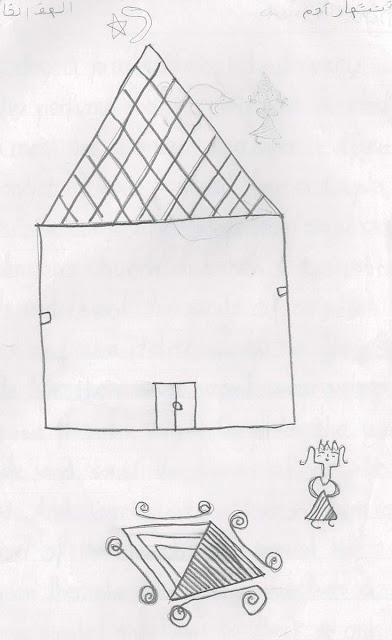 Someone smelling some flowers and a cat confusing him by eating the flower for dinner.  Then he packed for a holiday in a taxi.  There was a truck that picked him up in the taxi and he ran away never to be seen again because he was on a tropical island. 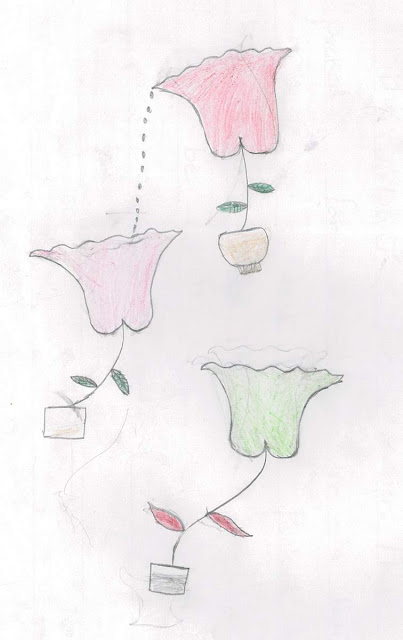 Once upon a time there was a beautiful butterfly named Lucy.  Lucy had a beautiful wing.  She was the happiest butterfly in the world, but she didn’t have a garden.  She found a seed.  In 20 days there was a whole field of flowers.  She also planted cabbage, carrots and more.  She lived happily ever after and she also got some new pretty friends.
The end 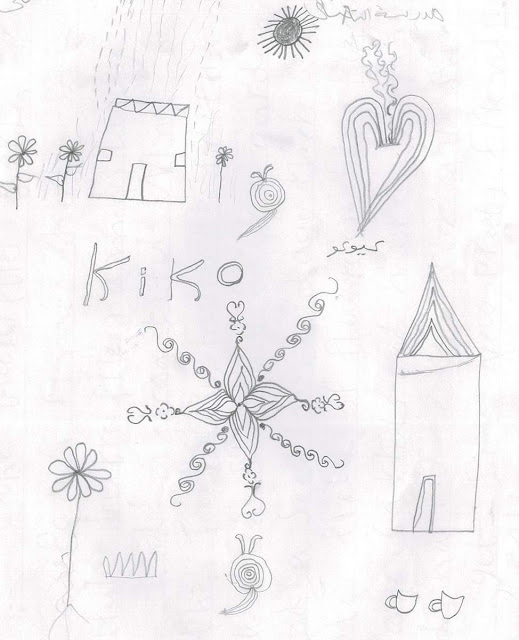 The Heart of Fire
Once upon a time there was a heart flowerbed.  One day there were workers working on the flowerbeds, they put special growing mixture.  It was not allowed water for 2 days but then it rained and all the flowers went on fire.  They survived.  They went to their house.  After that they put water on the fire and it stopped. 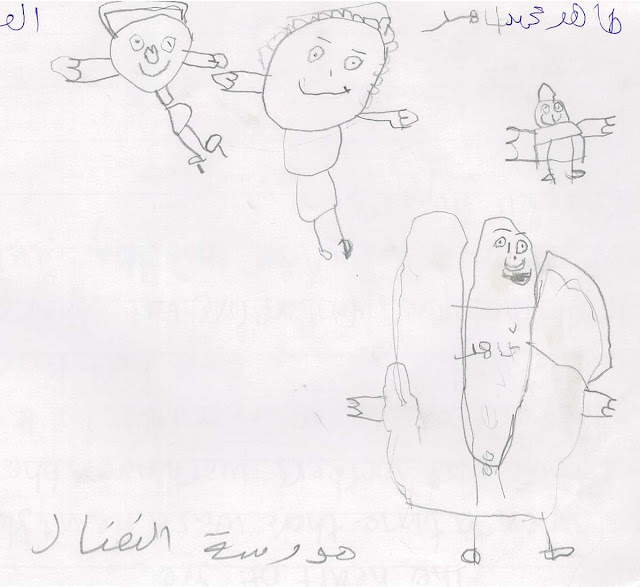 Once upon a time there was a hot-dog in a shopping centre.  A boy called Fred bought it for $2.50.  He was about to bite it but …. IT DISAPPEARED.  Fred called Wingman and his sidekick Pencilman.  They flew around the whole city looking for the mysterious hot-dog.  Unfortunately Mr. Hot-dog got eaten by a dog and so Fred’s hot-dog was …. GONE!

Once upon a time there was a little ant with lots of friends.  Everyone loved him except the bullies.

The bullies hated him.  They wanted to hurt him but he was so scary that they ran away and they lived happily ever after. 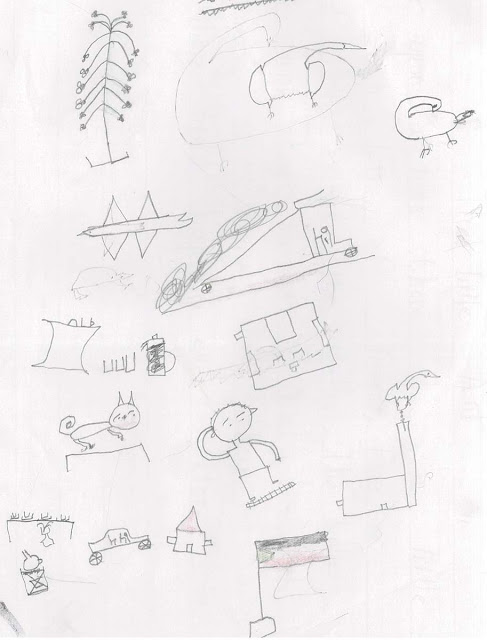 The smallest Mosque to the biggest Mosque

Once people were building a mosque but it was very small.  Soon it was built. It was very small.  Soon the owner said, “this is a little mosque, the littlest in the world, we need to make it bigger.”  So he called the builders and they said, “we will come soon and build you a bigger mosque.”  So they came soon.  The builders made a bigger mosque.  After the building the mosque was made bigger.  Now it is the biggest mosque in the world. 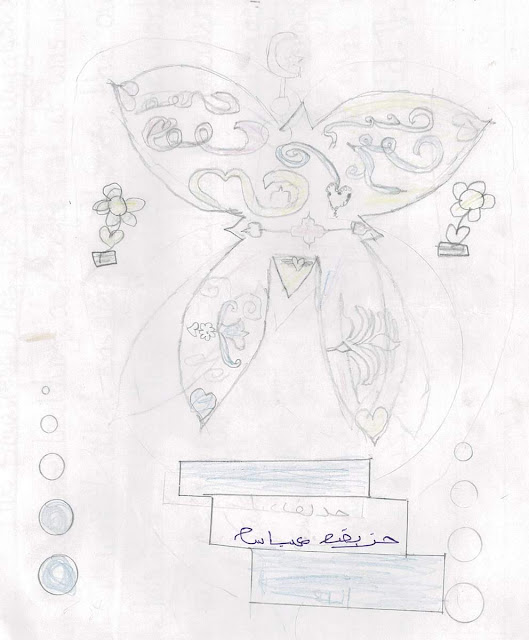 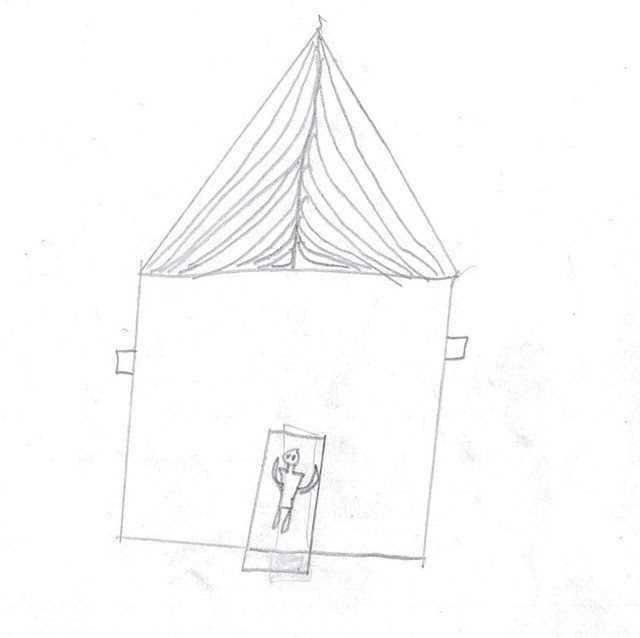