7 - From the depths of the sea, and other stories

Once upon a time there were people that lived in huts.  They were in the bush.  They saw a flag that was green, red, black and white.  There were trees everywhere and they were cold.  They planted a flower bed. There were orange, pink, red and black flowers. 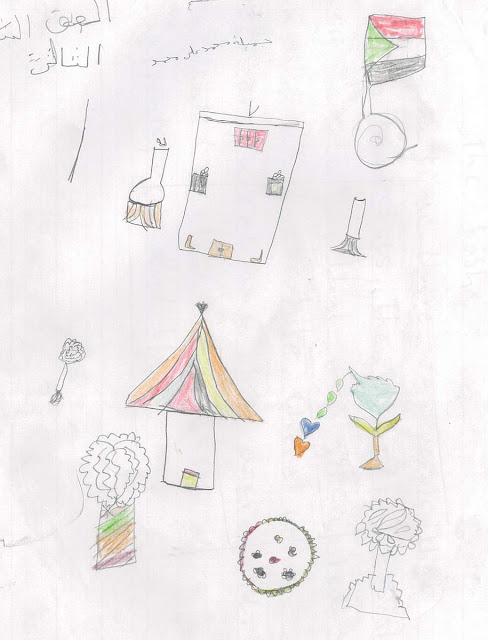 Once upon a time there was a lonely lady who had a house with a clock in front on the outside.  She had beautiful flowers and a tree and a bush.  She bought a chocolate loveheart and three bowls and another bigger bowl and two spoons.  The day after she bought a giant fork and a small mat. 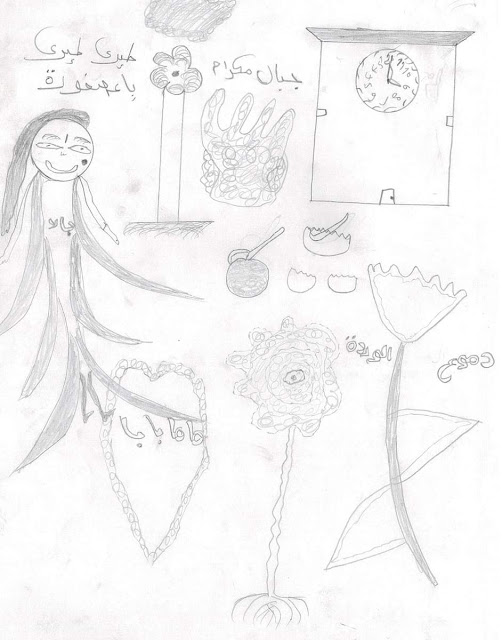 One grey roof, two blue windows, one grey door and one white hut.
There was a house in the middle of a white page and no one came ever.  Still no one ever came.  And it was in Japan
The end 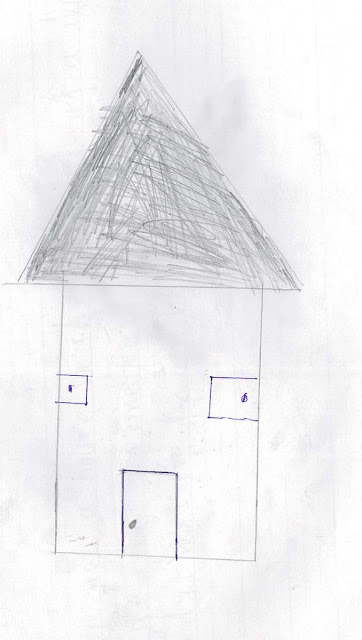 Once there were two  people who came to Australia and got a hotel for ten old dollars.  The girl has a mat and a beautiful big watering can that had a pattern on it.  The boy had dirt and seeds. The girl and the boy were invisible. There was a plant thing that took over  your plants. 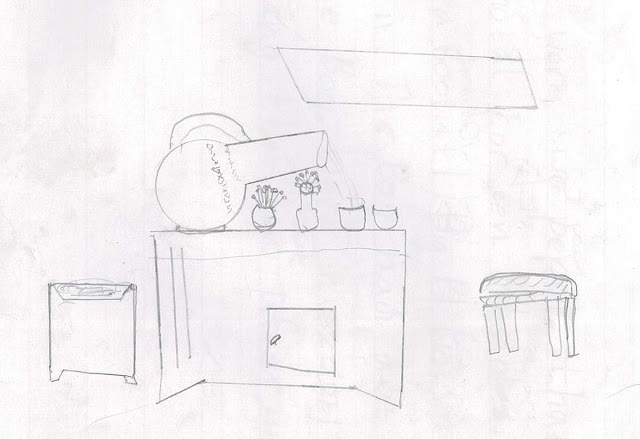 A house blowing and people having lunch and a bad guy blowing the houses.  Then they had another house and the house will never blow away again but it did so. 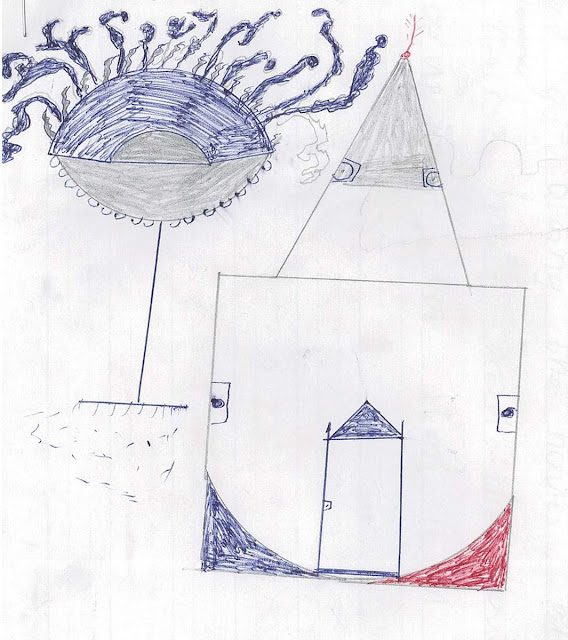 Once upon a time there was a man who lived in a musical house with bells, drums, clappers and triangles.  He was planting a flower in his garden with his spade.  When he finished planting the flower he was very tired.  He went into his house and ate his lunch. 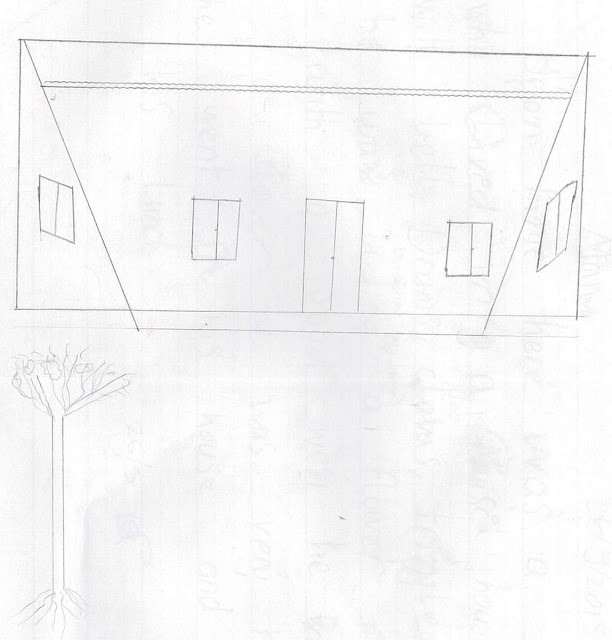 Once there was a person and one house, next to a tree.  The tree is up and the house is down and the girl is down in the ground.  The girl is Hanny. 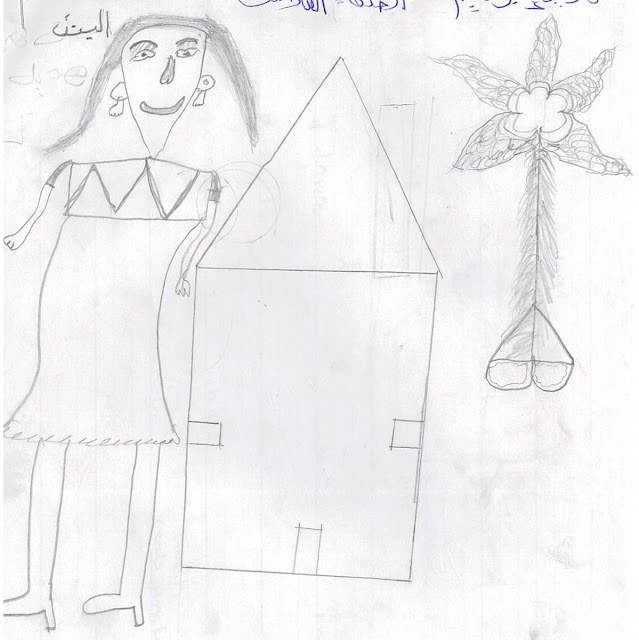 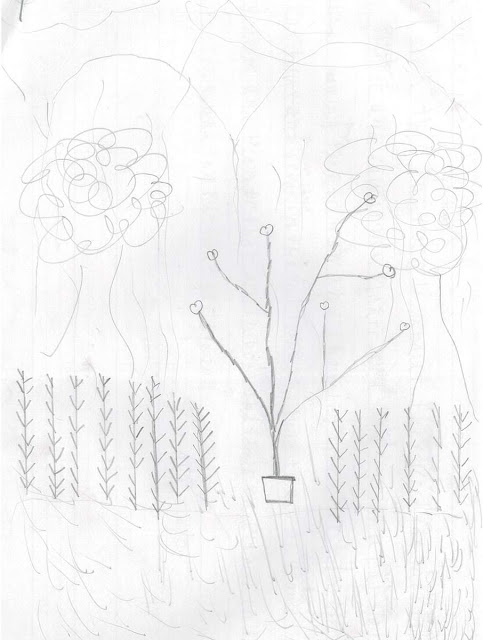 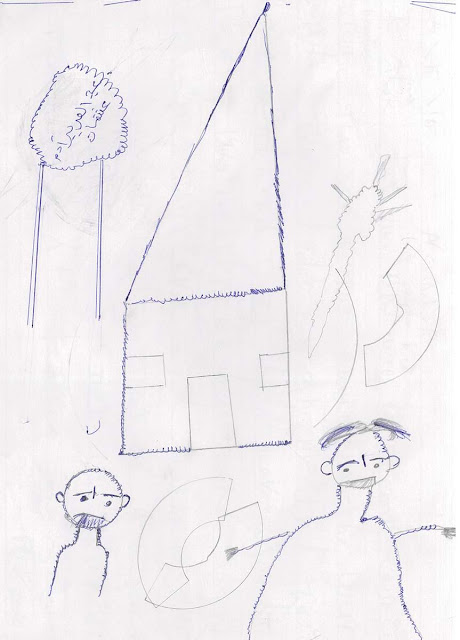 Once upon a time there was a shark fish and a dinner and a bus.  The kids flew to the mountain.  The bus drove five kids to school and the lolly shop.  But the shark fish parked at the lolly shop and dined at the home.  And inside the house a ball was kicked. 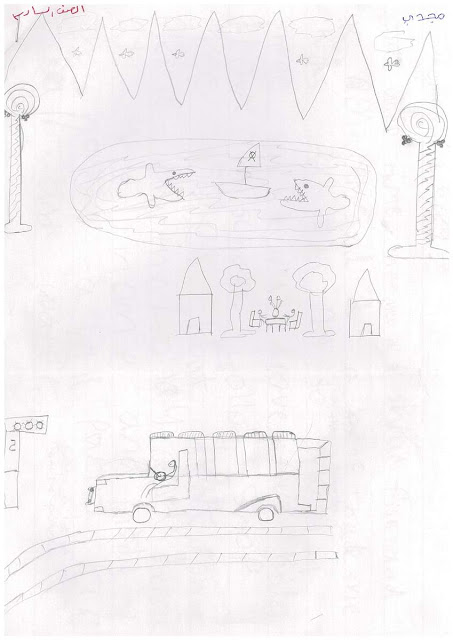 From the depths of the sea a 3D fin emerged from a coral reef.  The coral reef was filled with flowers and a leaf.  The centre of attention was a smart living flower who did more subtraction that any flower.  Then if you went further and you had really good eyes you could see there was a school of fish – only three altogether.  At the very end there was a group of flowers bound together by the smallest piece of stringy leaf. 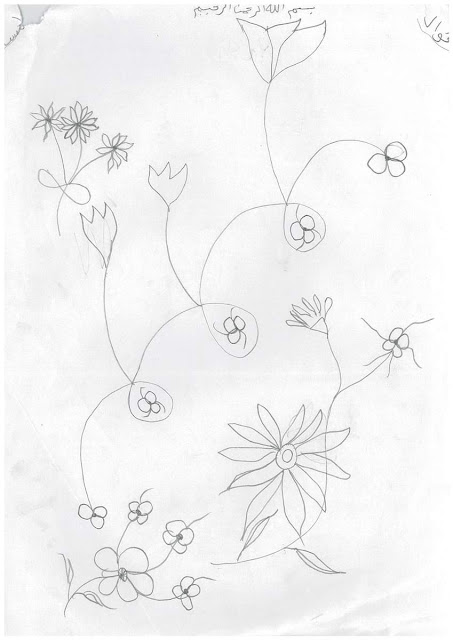