4 - Red and blue and green flags blowing in the wind, and other stories


Have a fun house.
Our house is fun too.
Uh, lets play a game in the house.
So go in the house and have a happy life.
Enjoy your new beautiful house. 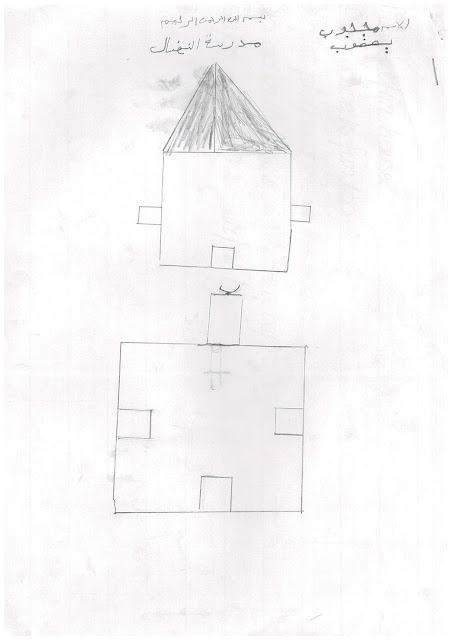 Red, blue and green flags blowing in the wind.  The colours of Eritrea are on display for everyone. 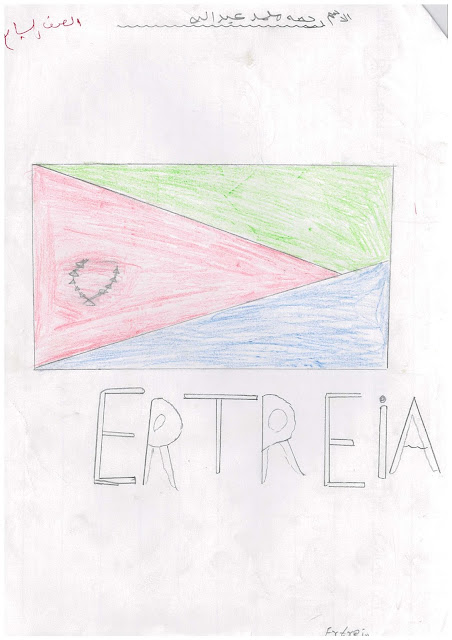 All Animals Are Equal
Another boring day in the jungle.  Everybody knows cats don’t belong in the jungle.
“If only I has some friends,” I said quietly to myself.  All those stupid animals do to me is tease me.
I was getting ready for the rocks to be thrown at me by the monkeys.  Usually I was lucky and they missed but sometimes I wasn’t so lucky and they hit me.  When I approached the area they didn’t throw any rocks.  There was a human, I have only ever seen a human once.  What I think was that he was trying to save me.  Finally someone actually cared for me.
But I will still be tortured by the annoying water hogs that chase me and shout rude comments.  But again the human was there.
So I walked up to him and asked him what his name was and thanked him.  He replied “Jake, what’s yours?” “I don’t have one” I replied. “I’ve been watching you for a long time and I don’t think you should be treated like that” Jake said. So they told everyone to stop teasing the cat who got a new name which was Sarah.  And they lived happily ever after. 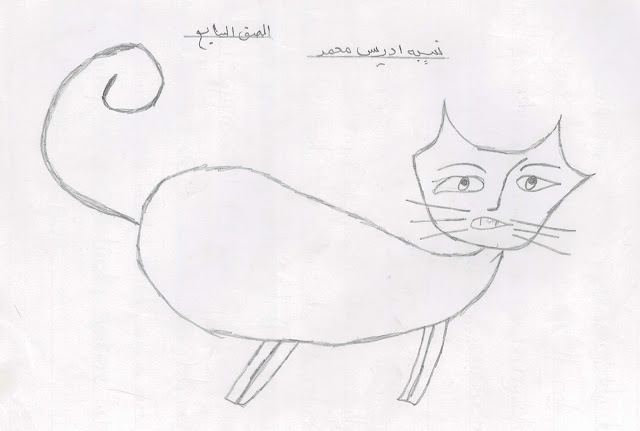 The magic staff
Once upon a time there was a magic staff and there was a necklace.  It was magical.  Someone needs to wear it.  A girl came to wear it because she heard lots about it and she had a magical flower wand. 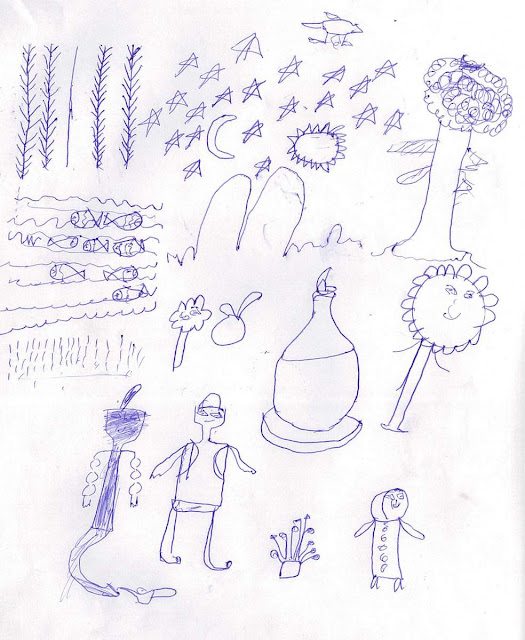 What I see in Africa
I see trees in the wood.
I see flowers, fish, streams and mountains.
I see buildings.
I see brick ones and mud ones.  I get the water from steams, food from fish.
I go into pine forests on starry nights.
I play in the long dry grass.
This is how I live.
This is my way of life. 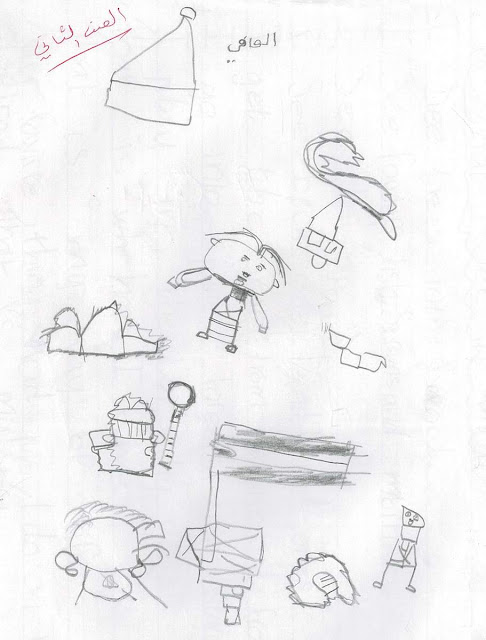 Hello my name is Hannah!
I loved your picture! It is a lovely picture because it has pretty animals.  I love birds, snacks and turtles and giraffes.  You have nice handwriting.  Bye 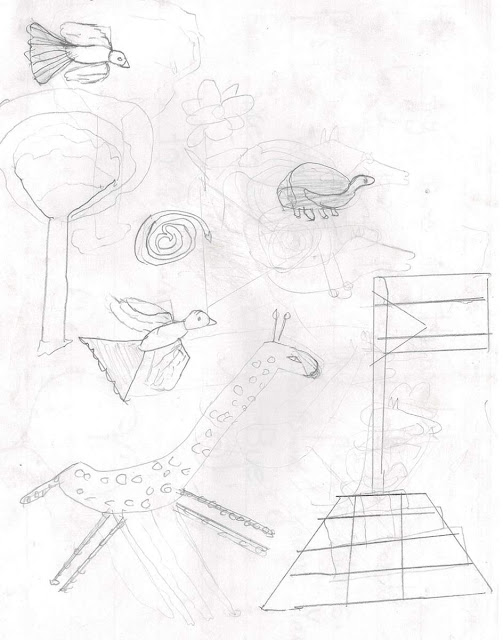 I see a flag and a boy.  I see mountains.  I wonder about the boy.  The boy has climbed the mountains.  He walked and walked until he saw a flag.  The flag was an enchanted flag.  He touched it.  He got taken to a wonderful candy place. 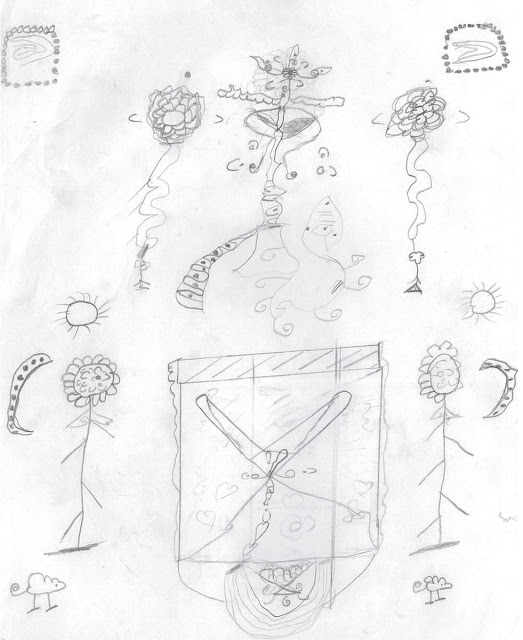 One morning a little girl went into her garden.  She sat on the bench and listened to the birds.  Then she went inside for breakfast.  She had pancakes. 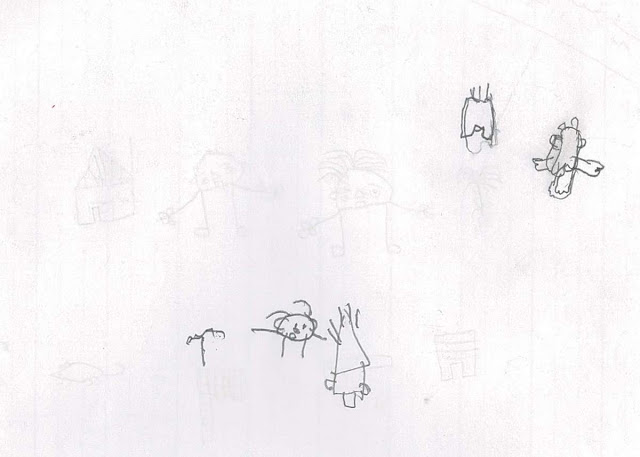 One day 36 kids climbed up a tree.  It was a big tree.  When they got to the top they screamed.  It stated to rain.  They ran off.  After that,  birds sat in the tree.  The children were happy and jumped in the air.  I’m so happy because it stopped raining.  The ducks were happy too. 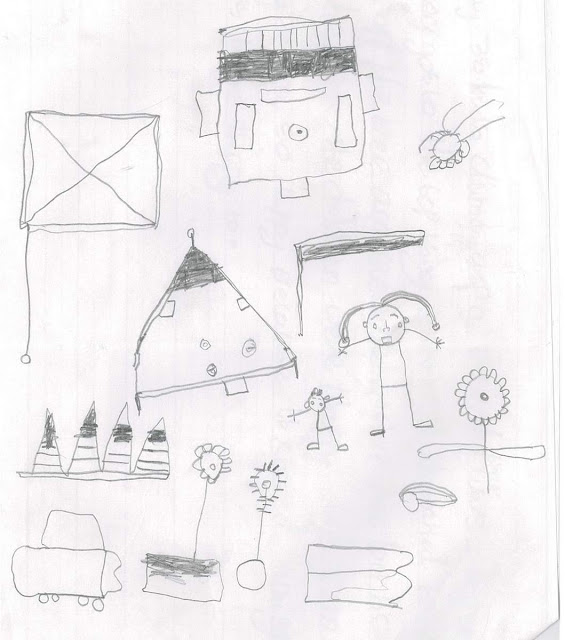 Once upon a time there was a brother and a sister who found a portal.  They got sucked into it and went to a strange planet that no human knew about.  They saw that it was a bit like earth, except there were aliens. 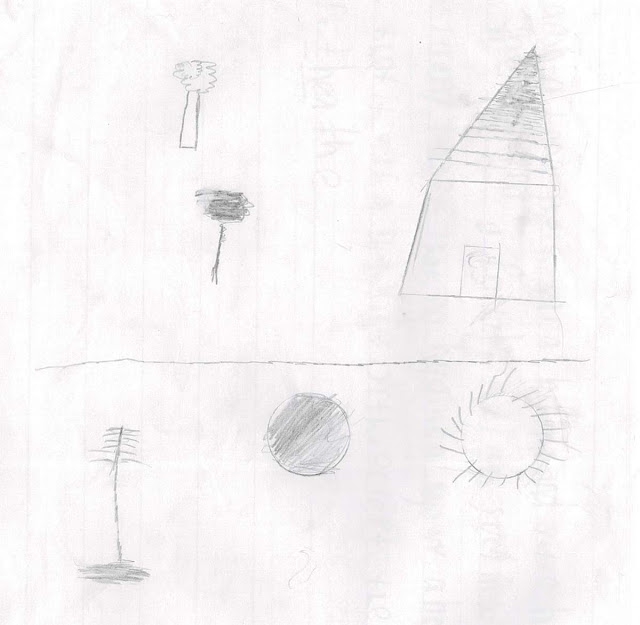 The Underground Village
One day there was a house and a little girl.  There was a spooky crooked house.  She went to open the door, then it creaked.  It was dark inside.  She fell,  ahhhhhh!, bang.  It was like an underground village.  There were only vampires.  They took her to a prison.  She was captured 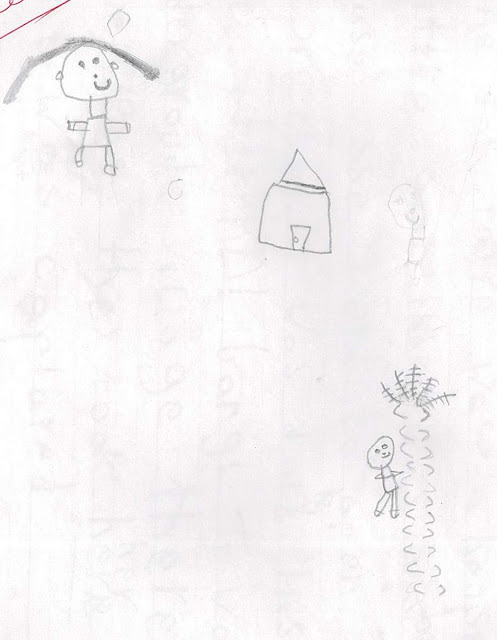 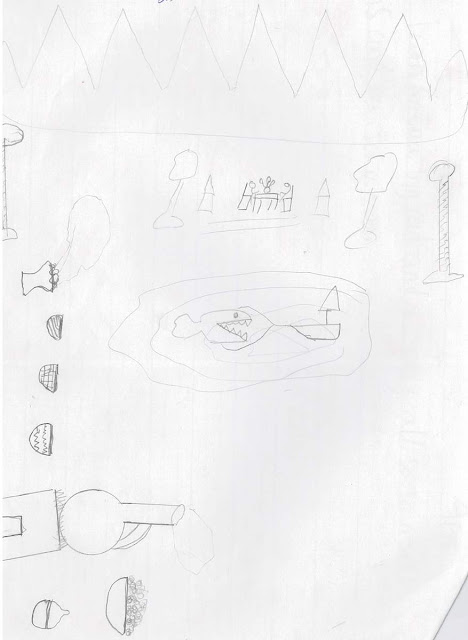